Like much of the world, the PRC economic performance is set to be further overshadowed by the coronavirus disease (COVID-19) pandemic in 2022. If the economy is to achieve gross domestic product growth of about 5% in 2022, it is crucial for the country to increase investment and to generate more robust household consumption―important drivers of growth and employment.

While reviving the housing market and higher infrastructure investment can help stabilize growth in the short term, efforts must be made to accelerate the shift to a green, consumption-based service economy in order to unleash new drivers of growth. This requires promoting services, strengthening the market economy, increasing domestic consumption, and reducing income inequality and regional disparities.

Simply pouring more money into infrastructure and lifting borrowing curbs on the real estate market is not a sustainable growth strategy, although some elements of that might help to stabilize growth in the shorter term. Additional investment in traditional infrastructure will have lower returns than in the past as this infrastructure is generally well developed already. The shift in focus toward investment in infrastructure that supports the digitalization of the economy reflects this concern.

The fine-tuning of housing markets restrictions should aim at combining social goals with policies stimulating economic growth. The recent exemption of low-cost rental projects from regulatory curbs is a good example in this direction, but more is needed to expand affordable housing, mostly in major cities. In these cities, property prices are high in relation to local disposable income. In first-tier cities, where prices have increased the most over the past decade, the younger generation in particular has found itself excluded from the property market.

Services should be given more prominence in economic planning and a similar status to manufacturing in terms of fiscal incentives, resources allocation, and openness. In addition, broader reforms to strengthen the market-based economy will be needed. Many state-owned enterprises maintain a strong market position due to limited competition, favorable access to credit, and implicit government guarantees. Increased competition will foster innovation and improve the efficiency of state-owned firms. Credit must be relocated more fairly and ensure access to finance for smaller firms, which can often provide flexible solutions in the services sector and are key to generate employment.

Increases in on-budget expenditure on health and education, where higher public spending is urgent. Increased social spending needs to be made permanent and well communicated to the public to reduce precautionary savings, which remain high, dragging consumption. In addition, structural policies supporting consumption, such as higher minimum wages, improving social security, and income redistribution toward low-income earners are key to sustain growth. More broadly, distributional aspects of economic policies should receive greater attention to reduce income inequality and regional disparities.

Focused public investment and welfare spending have reduced the urban–rural income gap since the onset of the global financial crisis. But income substitution schemes remain underdeveloped, and public expenditure on health and education is below that of other upper middle-income countries. Increased redistribution to lower-income households is a prerequisite for common prosperity. Higher taxation of the wealthy could facilitate income redistribution via higher social transfers. To this end, the personal income tax should be designed more progressive, complemented by the introduction of gift and inheritance taxes.

No doubt, reforms promoting the shift of the economy toward services and improving its efficiency as well as to strengthen household consumption and step up redistribution will require major efforts. They are, however, essential for the PRC to move to a more sustainable growth path. 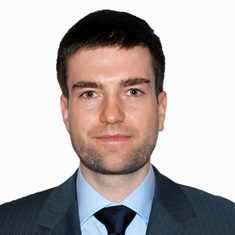