The PRC’s progress on biodiversity conservation offers meaningful takeaways for other countries.

It is now 10 years since the Parties to the UN Convention on Biological Diversity established 20 targets for biodiversity conservation. The bad news is that none of these targets has been fully achieved at the global level.

Among the Aichi Biodiversity Targets (2011-20), six have been partially achieved, while five, including loss and fragmentation of natural habitats, pollution detrimental to ecosystems, human pressures on coral reefs, extinction of threatened species, and decline of ecosystem services have shown no significant progress or are veering wider off the mark.

This is the inconvenient truth that the international community is facing ahead of the 15th conference of Parties to the CBD, which is scheduled to take place in Kunming, Yunnan province, later this year. During this gathering, the post-2020 global biodiversity framework will be discussed and hopefully agreed on.

While the parties to the CBD will pursue an ambitious new framework, implementation of a series of outcome-oriented actions at the national level remains critical. In this respect, the PRC’s experiences over the past decade can offer some meaningful reference for the parties.

The PRC, as one of the 198 parties to the CBD, has performed relatively well, with 16 of the 20 targets advancing will track, including three that have been exceeded (protection of ecosystems that provide essential services, enhanced ecosystem resilience, adoption of national biodiversity strategy and action plan). Four targets though are yet to be achieved, including sustainable management of marine living resources, prevention and control of invasive alien species, the reduction of pressure on vulnerable ecosystems such as coral reef degradation due to ocean acidification, and prevention of extinctions. A large number of rare and endangered species still face the risk of extinction in the PRC. These include reptiles, amphibians, fish and birds.

So what takeaways can the PRC’s experiences offer the CBD as it moves forward on the post-2020 agenda?

First, the government’s strong ownership and leadership have ensured a highly efficient top-down approach to set the priorities for biodiversity conservation and design policies to accomplish them. Effective ecological protection policies have resulted in a steady increase of protected areas from 1.48 million square kilometers in 2008 to 1.73 million sq km by 2018.That is 18 percent of its terrestrial (including inland water) areas compared with the Aichi target of 17 percent. These protected areas provide important natural habitats for many species and have significant biodiversity richness. Importantly, national nature reserves are generally under effective management (accounting for 9.7 percent of terrestrial coverage, compared with the Aichi target of 5 percent achieved in 2020).

Second, the PRC has integrated ecological management into the country’s legal and policy regime, as well as key development programs, to provide a platform for biodiversity conservation. The concept of Ecological Civilization has been written into the PRC’s Constitution as the ideological framework for the country’s environmental policies, laws and education. The national and provincial social and economic development five-year plans also include ecological conservation as a key element.

Third, the PRC has emphasized the benefits of biodiversity conservation to local communities. Conservation programs provide local people with alternative livelihoods such as small businesses involving ecological products or ecotourism and access to e-commerce, and/or employment opportunities such as rangers. Reliable and sustainable incomes give incentives to local people to be engaged actively in conservation.

Fourth, biodiversity and its associated ecosystems should be valued properly considering their significant benefits and services to human beings.

Biodiversity and ecosystems have great value and can be treated as natural capital. But how to convert these natural assets into capital that can generate revenues eventually and further be invested back into conservation requires consensus based on a set of scientific accounting standards. COP 15 will provide a platform for the international community to discuss this issue.

Moving forward, there is a need to establish straightforward measurements to track conservation progress. This is a major deficiency in the Aichi Targets and makes it difficult at the national level to achieve consistency and comparison between the parties in the measurement of target indicators. As measuring performance on biodiversity requires multiple indicators such as coverage of natural habitats and the number of threatened species, the biodiversity loss or degradation is not captured in a simple indicator. In contrast, climate change is measured at the highest level using a simple unit of global temperature rise and the reporting of greenhouse gas emissions has been standardized in terms of CO2-equivalent emissions using Global Warming Potentials over 100 years.

With simpler measurements, it would also be easier to assess whether the aggregated national contributions are sufficient to achieve international targets on biodiversity. Such a framework could also be useful in the context of the CBD.

Looking ahead to COP 15, the parties should set ambitious targets that are easily measurable and backed by concrete actions and sufficient resources. Only then can the world start making up for lost ground after dragging its feet for the last 10 years on biodiversity conservation. 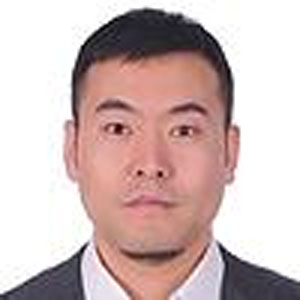