Mongolia worked with development partners and donor nations to craft a plan that pro-actively pursued policies on anti-money laundering and combating the financing of terrorism.

Every year an estimated $2.6 trillion is lost to corruption worldwide. This fraudulent conduct undermines the rule of law, impedes economic development, and diverts scarce resources from schools, hospitals, and other essential services.

Developing countries in Asia are on the front line in the fight against this societal scourge. One strategy that these countries use to battle corruption is to join international agreements and adopt standards that help stanch the money that flows into and out of activities such as tax evasion, trafficking, and other crimes.

An important facet of this work relates to policies on anti-money laundering and combating the financing of terrorism, or AML/CFT. Countries ignoring these two initiatives face serious internal and external consequences, such as higher costs of doing business and of banking transactions, as well as de-risking, where entities exit certain relationships as they are unable to manage potential AML/CFT risks involved.

Within 12 months, Mongolia was off the list. This was extraordinarily quick for a developing country to undertake the reforms and actions needed to get off the grey list, particularly amid a pandemic.

Combating money laundering and terror financing is extremely complicated, requiring international expertise across a wide range of government and private sector activities. Working with development partners who have expertise in this area is key to an informed response. Mongolia leaned into their network of experts to develop an effective strategy.

Mongolia worked with development partners and donor nations to develop a plan that was in line with its action plan under the International Co-operation Review Group, an initiative of the Financial Action Task Force that works with countries at high risk of being compromised by money laundering and terror financing. These are some of the world’s top experts in the area.

They also brought together private sector professionals from various sectors, such as real estate agents, accountants, dealers in precious stones and metals, lawyers and notaries, to cooperate with training and adhere to new reporting requirements.

Mongolia’s leaders brought to the task a focus on cooperation, political will, and a willingness to adapt and learn new procedures. This leadership allowed Mongolia’s government agencies to concentrate on the changes needed for maximum results at the fastest possible time by efficiently utilizing resources.

With clear, pre-determined goals to conserve time and resources, and the Ministry of Finance taking ownership of and responsibility for the response they were able to get multiple agencies moving quickly in the same direction.

Some developing countries make the mistake of waiting until they are pressured by the international community to address money laundering. Mongolia did not take this path. When there were indications that it would be put on the grey list, the country’s leaders immediately undertook actions to begin studying and addressing the issue.

By the time Mongolia was placed on the grey list, the country’s central bank and financial regulatory commission were already addressing its anti-money laundering and terror financing deficiencies. Because of this proactive work, instead of the expected 20 or so issues to be pointed out by the International Co-operation Review Group, Mongolia only had to address six key items.

Mongolia’s experience provides important lessons for other countries facing similar issues with money laundering and terror financing. For one, participation in international agreements and covenants are important but lasting change can only happen when reforms benefit a country’s citizenry.

Anti-money laundering efforts should not be seen as arbitrary new bureaucratic procedures being imposed from outside the country. These changes decrease corruption, increase transparency in extractive industries such as mining, strengthen the rule of law, improve the operation of government, and improve the lives of the public in myriad other ways.

It is important to communicate these benefits to the public because people are more likely to support reforms when they understand them. And when it comes to the expertise needed, development partners have sent a clear message to developing countries: You can rely on us. We have your back. 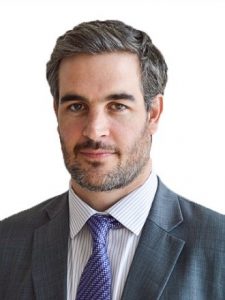 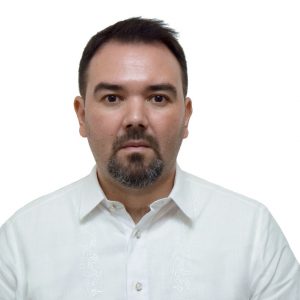