Renewable hydrogen is an essential direction for the development of green and low-carbon energy in the future as the People’s Republic of China seeks to lower greenhouse gas emissions.

Hydrogen energy is clean and storable with no tailpipe emission except water vapor after combustion. It produces neither carbon dioxide.

Unfortunately, most hydrogen energy still produces the carbon dioxide that contributes to climate change. Across the world, more than 95% of hydrogen energy is produced using fossil fuels containing carbon. As a result, the emissions avoided at the tailpipe are shifted to the production process upstream.

Low carbon hydrogen is an important initiative right now for countries around the world and particularly in the People’s Republic of China, one of the world’s largest producers of hydrogen energy. In 2020, the world’s production of hydrogen was approximately 72 million tons. The People’s Republic of China produced about 20 million tons in 2019. One percent or less was renewable energy hydrogen with the remainder being hydrogen produced from fossil energy (70-80%) and from industrial by-products (more than 20%).

According to the country’s hydrogen industry development report 2020, the proportion of hydrogen produced using renewable energy will increase from about 1% to 5% by 2025 and to 10% by 2030.

So, while the most desirable form of renewable energy-based hydrogen—“green” hydrogen—will be available in substantial quantities only after 2030, between now and then useful experience can be gained. Now is a good time to start building the engineering code, infrastructure and uses of hydrogen.

Hydrogen produces neither carbon dioxide nor pollutants such as

Policymakers in the People’s Republic of China shall consider these steps when moving forward with hydrogen energy:

What is the role of carbon capture utilization and storage for low carbon hydrogen?

Low carbon hydrogen can be a transition fuel which will avoid stranded assets and prepare the world to shift to a new way to deliver energy, which is environmentally friendly as well as economical. This approach is also in line with climate science which shows that early actions today are much better than more massive responses later.

Carbon capture utilization and storage in the hydrogen production process has also attracted much attention and is more economical at present than electrolysis-based green hydrogen. It could also provide an early opportunity to transit to a low carbon hydrogen economy. The early availability of low carbon hydrogen using carbon capture will ensure that the downstream hydrogen infrastructure is ready by the time electrolysis-based green hydrogen is cost effective.

While the production and consumption of green hydrogen is a long-term goal, carbon capture is becoming more viable and could be a great accelerator for the expansion of the hydrogen economy.

What is the trend for low carbon hydrogen?

In near term, the existing hydrogen supply, marketing and utilization systems are relatively mature and stable. On the other hand, carbon capture technology will not be commercialized and popularized in five years because of its high cost. As a result of this, the current structure of hydrogen production will not change greatly in the near future.

The annual increment in low carbon hydrogen supply of about 2 million tons cannot be filled by the development of renewable energy hydrogen. Renewable hydrogen can only supplement about 40% of the increment. Therefore, in the near term, hydrogen production from fossil energy (especially from coal) will still be dominant in the People’s Republic of China. Carbon capture technology shall be promoted to help in the decarbonization of hydrogen production from fossil energy.

In the medium term, say until around 2030, the annual demand for hydrogen in People’s Republic of China will reach about 35 million tons, an increase of 75% in absolute terms. By this time, the proportion of hydrogen production from renewable energy will reach 10%, which is 10 times that of the present 1%.

Hydrogen is an important medium during energy transition, and renewable hydrogen is an essential direction for the development of green and low-carbon energy in the future. Under the background of carbon neutral and zero carbon goals, carbon capture is becoming more and more important. If the People’s Republic of China wants to achieve the goal of carbon neutrality by 2060, the development of renewable energy hydrogen and carbon capture technology are indispensable. 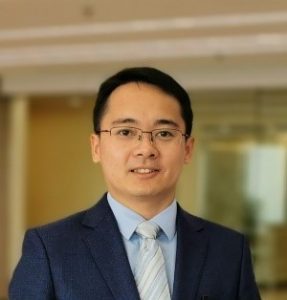 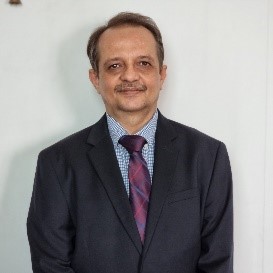