By scaling up carbon capture, use and storage, China can play a leading role in achieving the global ambition of climate neutrality

China’s commitment to achieve carbon neutrality before 2060 has been acclaimed as one of the most important climate actions in the world. Scholars at Cambridge Econometrics estimate that China’s commitment alone could cut global warming by 0.25 C－which would be a very significant contribution to the Paris Agreement’s goal of limiting global warming to well below 2 C, and preferably to 1.5 C above pre-industrial levels.

To translate the carbon neutrality vision into reality, the world needs to deploy clean energy technologies on a massive scale, starting with solar photovoltaic. Between 2010 and 2020, the global capacity of solar PV increased about 18-fold from 40 gigawatts to 707 GW. During the same period, China’s solar PV capacity increased from 1 GW to 254 GW－growing at a phenomenal annual rate of 74 percent on average. By the end of 2020, solar PV in China accounted for 36 percent of the world total, followed by the United States (10 percent), Japan (9 percent), Germany (7 percent) and India (6 percent). China is also the major exporter of solar panels, having supplied more than 70 percent of demand in international markets.

The open recipe for such a great success for solar PV includes three main ingredients: international cooperation, enabling policies by governments and economies of scale.

China’s solar PV capacity overtook that of Germany in 2015, and since then China has maintained its position as the world’s leading solar nation. As solar PV has been deployed at such scale worldwide, the average cost of solar power has declined by more than 80 percent over the last decade. Solar power has become the cheapest form of energy in modern history and is now being deployed all over the world including in the least developed countries in Asia, Africa, and South America.

Beyond solar energy, China is also the world leader in wind power (38 percent of the world total), hydropower (28 percent), bioenergy (15 percent) in 2020, and sales of electric vehicles in China reached 1.3 million that year, representing 41 percent of the global EV market.

While all these clean technologies are an indispensable part of the low carbon transition, on their own they will not be sufficient to achieve carbon neutrality. The modeling work of Tsinghua University shows that, before 2060 when China is supposed to achieve carbon neutrality, fossil fuels would still account for about 19 percent of the primary energy consumption mix. This means that some advanced engineering must be developed to capture the carbon dioxide molecules produced from the burning of fossil fuels, use the captured CO2 if possible, and then store it permanently underground.

Such technology, known as “carbon capture, utilization and storage”, or CCUS, is an important option for reducing CO2 emissions in the energy sector and will be essential to achieving carbon neutrality. According to the International Energy Agency, for the whole world to achieve carbon neutrality by 2070, CCUS technologies alone will need to make up approximately 19 percent of global CO2 reductions, with other clean energy technologies making up the rest.

Despite the indispensable role of CCUS in achieving carbon neutrality, its deployment worldwide has been slow－so far there are only around 20 CCUS facilities in operation around the world. One of the main reasons for this is the high cost of CCUS technology, currently around $100 per metric ton of CO2. The situation of CCUS today is similar to solar PV 20 years ago, so the world needs to apply the same successful recipe for solar PV of cooperation, policies, and scale to the development of CCUS.

The good news is that momentum is building behind CCUS. Plans for more than 30 new CCUS facilities have been announced in recent years, and despite the COVID-19 pandemic, governments and industry have committed more than $4.5 billion to CCUS in 2020. In particular, the global energy industry is counting on China to once again play a crucial role in the development of CCUS as it did for solar PV. They have good reasons for this, as China has solid R&D capacity, a complete industry supply chain, very active entrepreneurship and strong policy commitments from the government to develop CCUS.

China also has a huge domestic market for the deployment of CCUS that will help bring down the cost to a more affordable level in the next decade. In terms of incentive schemes, unlike solar PV that benefited from public subsidies in the beginning of its development, CCUS deployment will primarily be driven by market forces such as carbon pricing. In January 2021, China launched its national carbon trading market, covering 2,225 thermal power plants which account for about 30 percent of China’s CO2 emissions. The carbon price will be a strong market signal for investors in low carbon technologies, as every single dollar increase in carbon price would mean a dollar cost reduction in favor of the competitiveness of CCUS technologies.

Carbon neutrality is a global mission and so far more than 110 countries and regions have announced their intentions to pursue carbon neutrality. In this essential journey to a more sustainable future, China will cooperate with the international community and lead the way by making clean technologies affordable for the benefit of the whole world. And just as China helped to drive global take-up of solar PV, it now has a golden opportunity to do the same for CCUS and play a leading role in achieving global climate neutrality. 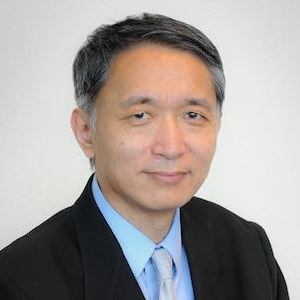