With the right policies, the Yellow River can help the PRC achieve its goals for ecological sustainability and economic growth.

As the second largest river system in the PRC, the Yellow River transports more than 1.5 billion tons of sediment per year from its headwaters on the Tibetan Plateau to its estuaries on the Yellow Sea. The dynamics between water, land, soil and climate make it a unique, ecologically diverse, and fragile basin.

One of the most pressing environmental and socio-economic challenges surrounding the river is water scarcity. Today, the basin accounts for only 2% of the country’s total water but 26.5% of the national gross domestic product (GDP). Feeding a population of 420 million, it is vital for socio-economic development. People in the river basin depend directly on these water resources as a basis for their livelihoods, including for food production, hydropower, industry, and domestic supply.

In recent years, the river’s flow has greatly diminished, affecting the lives of millions. Land use changes have significantly contributed to ecological deterioration and ecosystem alteration. It is estimated that human activities, such as destruction of natural vegetation, have augmented natural soil erosion by about 40% in the basin.

Water-related disasters are another major issue in the basin. The July 2021 floods in Henan province – which sits in the middle course of the Yellow River – were triggered by a record-breaking rainfall over 24 hours, almost the equivalent of the annual average. Temperature in the basin increased faster than the global average. Climate models indicated that extreme events such as droughts and severe floods could become more frequent in certain areas of this region, with the probability of increasing in the future. Exacerbated by climate change, extreme weather events may threaten agriculture and animal husbandry, putting at risk both rural and urban livelihoods.

The lack of basin-wide planning is a key barrier to protecting the river’s environment. Addressing the challenges in the Yellow River basin requires a planning and management approach that spans the whole ecosystem. The basin should be treated as an ecological corridor: a clearly defined geographical space that is managed over the long-term to maintain or restore the ecosystem.

As part of this, nature-related aspects need to be an integral component of financial planning and fiscal policy reforms. Such investments must address nature’s complexity and maintain and restore biodiversity.

The Yellow River basin is a natural treasure to be preserved, a home to millions of people, and the foundation for economic progress.

River basins, such as the Yellow River, can help achieve the country’s targets for ecological sustainability and economic growth. Healthy ecological corridors improve biodiversity while enhancing food security, climate resilience, and disease resistance. There are four policy actions that are critical to achieving this.

Second, applying the gross ecosystem product (GEP), an accounting mechanism developed in the People’s Republic of China for valuing and pricing ecosystem goods and services, can improve ecological and spatial planning and inform decision-making.

Third, using governance and financing as incentive mechanisms, including eco-compensation and water funds, can expand natural capital investments by generating ecological benefits and economies of scale.

Fourth, integrating environment, social, and governance criteria into lending and investment decisions can increase private sector participation and private capital injections into projects to protect natural resources. Based on these criteria, investors can observe and evaluate the performance of enterprises based not only on their financial performance but also on their contribution in promoting sustainable development and fulfilling social responsibility.

The Yellow River basin is a natural treasure to be preserved, a home to millions of people, and the foundation for economic progress. Conceived as a single watershed, it can offer ecosystem services to people and nature and generate multiple benefits. Even though physical boundaries and human engineering have split the river into an upper, middle and a lower course, it is important to protect the entire basin as a single ecological unit from source to sea. Effective strategies for adaptation to climate change are essential for the sustainable development of water resources in the Yellow River. 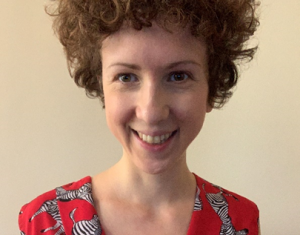