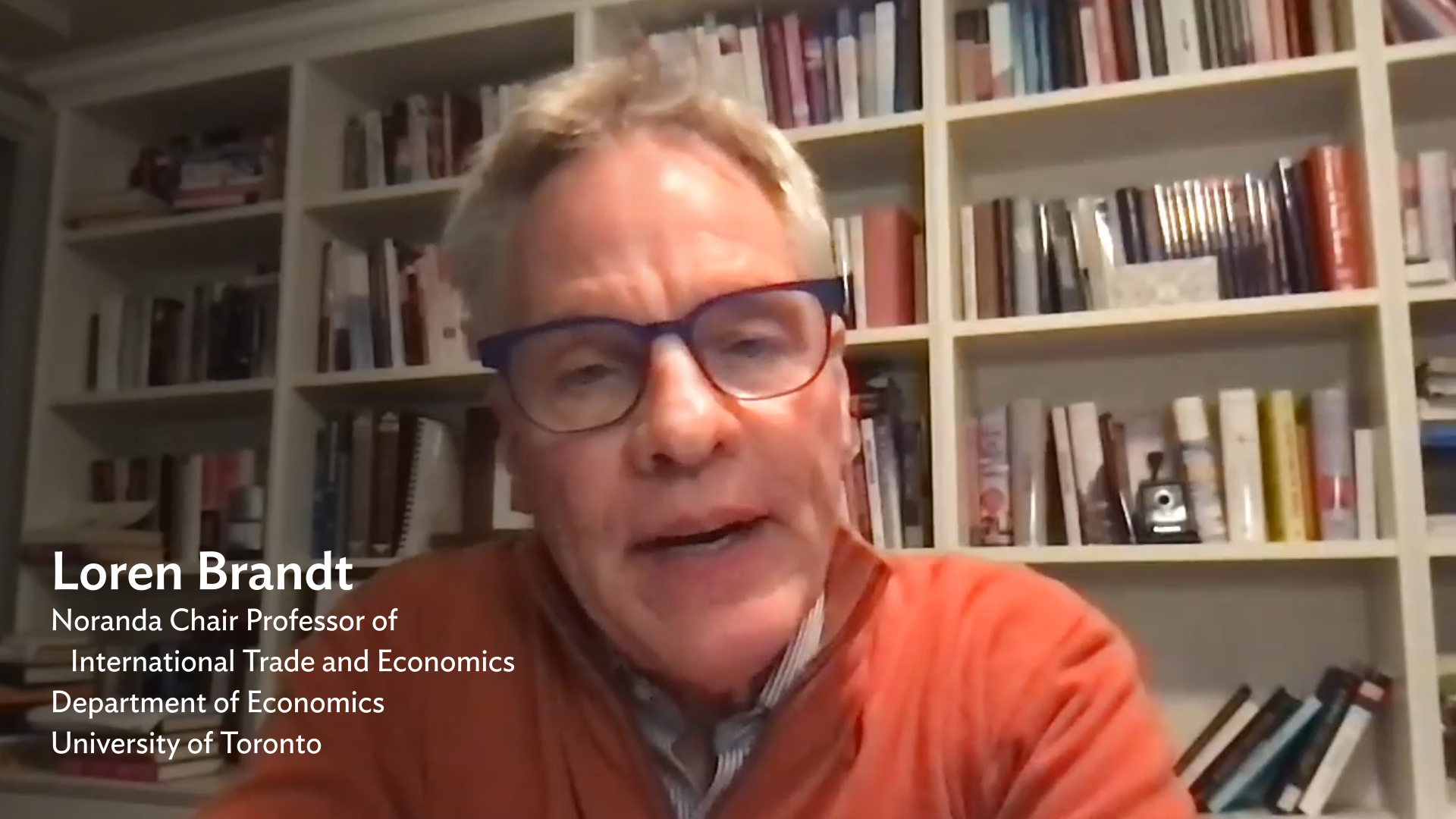 Loren Brandt, Noranda Chair Professor of International Trade and Economics, Department of Economics, University of Toronto, will share the lessons learned from the first three decades of industrial development and reform in the PRC.

Register the seminar on Zoom. 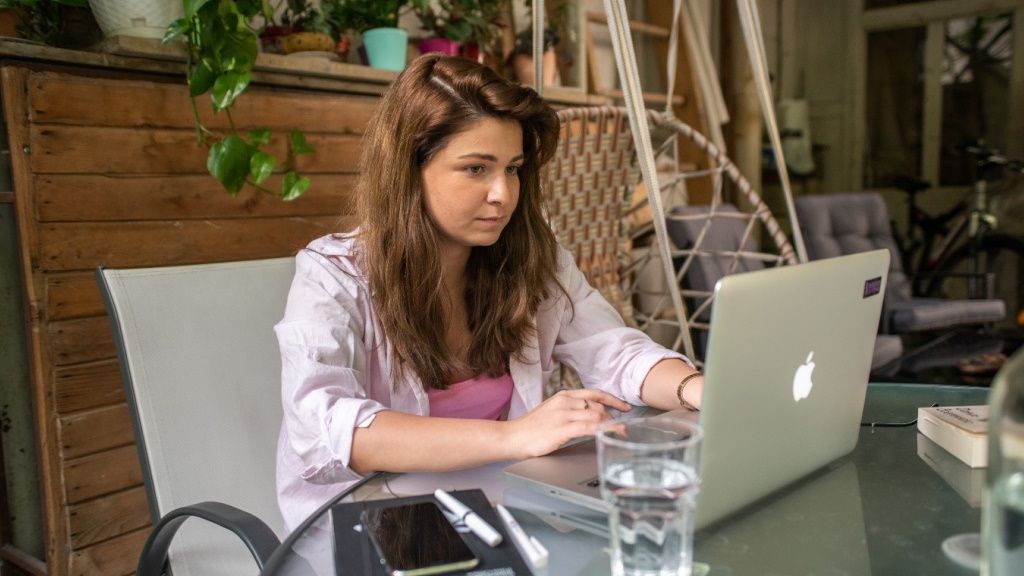 A joint study by ADB and the CAREC Institute found that much still needs to be done to boost e-commerce in Central Asia, where many countries lack the systems needed for a robust e-commerce ecosystem.

Regional cooperation can help to create a robust e-commerce economy, drive economic growth, create jobs for underrepresented groups, and ensure continuity of services even amid disruptions like the COVID-19 pandemic.

When COVID-19 lockdowns forced people to stay indoors, many turned to online shopping to have their necessities conveniently delivered to their homes. But not everybody had the means to do so — certainly not in Central Asia, where around half the population lack internet access and many countries don’t have the systems needed for a robust e-commerce ecosystem.

A joint study by the Asian Development Bank and the Central Asia Regional Economic Cooperation (CAREC) Institute showed that in 2019, less than 10% of the population in Azerbaijan, the Kyrgyz Republic, Mongolia, Pakistan, Turkmenistan, and Uzbekistan shopped online.

The CAREC Program is a partnership for countries in Central Asia and beyond to promote sustainable development through regional cooperation. Last year, ministers from CAREC’s member countries endorsed the CAREC Digital Strategy 2030 that identifies areas where they can collaborate to enhance digitalization across the region.

More people were shopping online in Georgia, Kazakhstan, and Tajikistan, but they were still way below the 63% average for the European Union and the 30% average for countries with more similar socioeconomic profiles like Turkey. The People’s Republic of China was the only CAREC member country that had high figures.

More people in some Central Asian countries shopped online during the COVID-19 pandemic, but much remains to be done for e-commerce to reach its full potential in the region.

E-commerce, of course, goes beyond individuals clicking “add to cart” in an online store. It includes business-to-business transactions, like between a wholesaler and a retailer; business-to-government transactions, such as in e-procurement; and consumer-to-consumer deals within online communities.

Done right, e-commerce can facilitate trade across borders to drive economic growth, create employment and livelihood opportunities for women and people with disabilities among other underrepresented groups, and ensure continuity of services even amid unexpected disruptions like the pandemic. It also contributes to financial inclusion by encouraging the use of debit cards and/or mobile banking to ease payment.

Regional cooperation can help e-commerce thrive in Central Asia and improve the lives of ordinary people. Here are four ways CAREC countries can make this happen:

While broadband wireless technology infrastructure in most CAREC countries is fairly developed, some rural and remote areas remain uncovered. This could be addressed through stronger competition or the cooperative sharing of infrastructure by existing operators.

The cost of accessing the internet can be kept affordable by establishing or strengthening internet exchange points (IXPs), facilities where internet service providers, content providers, and others come together to exchange their data traffic. IXPs reduce costs by keeping domestically destined traffic within the country and can help save on international data transit costs. Having more data centers and access to local cloud computing will also boost the ability of businesses and entrepreneurs outside the PRC, where e-commerce is already thriving, to host e-commerce sites domestically.

Consumers need to be confident that their information will be safe when they buy online, and that there are safety nets if they encounter problems. CAREC countries—most of which rank low in the various measures of cybersecurity—need to ensure the use of encrypted servers, require companies to acquire international security certifications, and create security incident response teams.

Increasing consumer trust in financial institutions and mobile payment systems is also important. This can be done through consumer protection regulations, financial and digital literacy training, and raising awareness of the convenience and functionality of mobile payments.

Electronic payment systems in the CAREC region have improved, but some countries should be upgraded to increase their capacity to handle all types of transactions, including bank transfers, in real time. Azerbaijan and Uzbekistan, for example, also need to simplify the processes that enable merchants to accept online payments. Wider access to smartphones, which are used for mobile banking apps, digital wallets, and QR codes, could be enabled by reducing or eliminating duties on smartphone imports.

CAREC countries can also look at the feasibility of creating a regional payment card or adopting mutual recognition of their local payment cards to widen access to online shops and spur e-commerce growth across the region.

Consumers need to be certain they will receive their online orders on time. While basic coverage by postal services is high in many CAREC countries, some still face challenges. Delivery options need to be expanded almost everywhere to meet the demands of online consumers, who must be able to track and trace their purchases and redirect deliveries from home addresses to optional pickup points such as parcel lockers if needed. Facilities that provide integrated storage and delivery as a service should be developed because these were found lacking in most CAREC countries. Making this kind of service available will encourage more merchants to get into e-commerce.

Automating trade documentation, including adopting single-window systems, can cut the time products spend in customs and reduce costs. Adopting a de minimis, possibly a uniform rate for CAREC countries, will also allow products under a certain value to be imported duty free. All these steps will further encourage international trade.

CAREC countries can prosper together from e-commerce if governments, with support from the private sector and development partners, collaborate to forge the best strategies and effectively implement them. 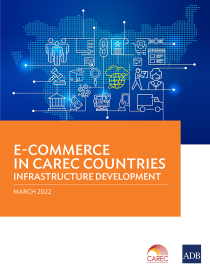 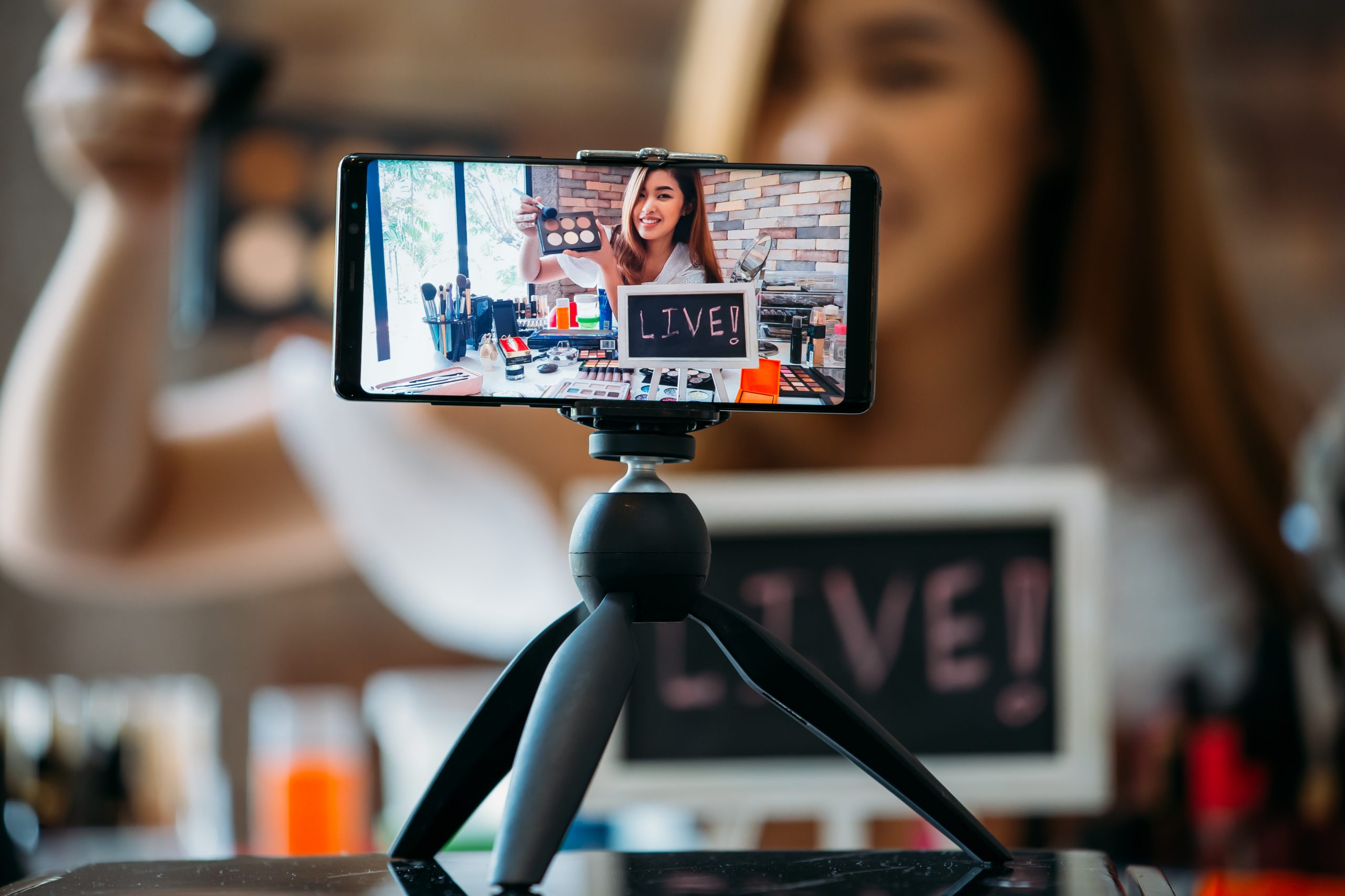 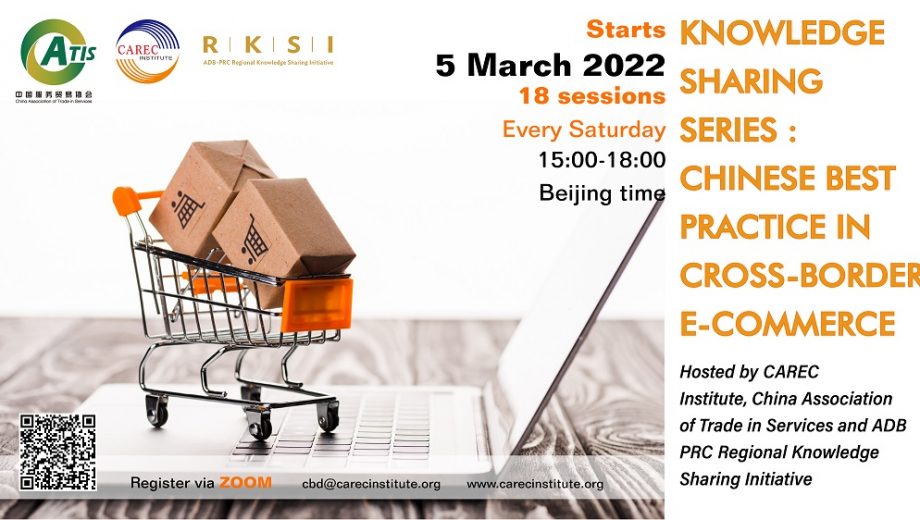 The CAREC Institute, in collaboration with the China Association of Trade in Services (CATIS), national partner from the People’s Republic of China (PRC), and RKSI is organizing a multi-session training series on cross-border e-commerce for national technical vocational educational and training (TVET) institutions of CAREC countries and others interested from 5 March 2022 to 2 July 2022, every Saturday, 3-6 pm, Beijing time.

As a fast-growing digitally enabled business model for trade, cross-border e-commerce has been leading the transformation of global trade in recent years. During the COVID-19 pandemic, it became one of the driving forces for the development of global trade. Among others, the PRC has been making significant progress in cross-border e-commerce and accumulating valuable experience and knowledge which will be shared with all CAREC countries during this series.

A full range of training services including talent training, certified assessment, and further innovation incubation services will be provided. English and Russian simultaneous interpretation will be available throughout the sessions. Contact rksi@adb.org for additional queries. 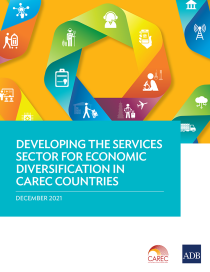 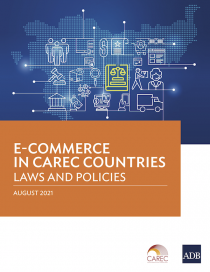 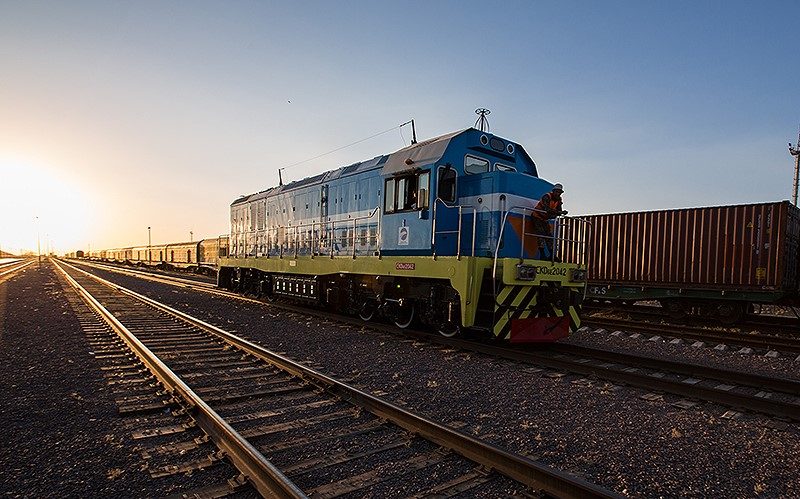 Harmonization of transportation and customs policies will boost the corridor’s potential as an alternative trade route between Asia and Europe.

Each year, the PRC—the biggest trading entity of the Central Asia Regional Economic Cooperation (CAREC) 1 framework—ships about 10 million containers of cargo over sea and more than 400,000 containers over the New Eurasia Land Bridge—a rail link that connects it with Kazakhstan, Mongolia, the Russian Federation, and Belarus. On average, trade between the PRC and Europe averages at over €1 billion daily.

The Trans-Caspian CAREC Corridor 2 network offers an alternative route to move goods between Asia and Europe. It is expected to reduce travel time for cargo shipments to 2 weeks from a month by rail, and to 2 weeks from 45 days by sea—with potential to revitalize local economies. However, lack of harmonization and coordination of transportation and customs policies along the corridor countries dampen this opportunity unless these challenges are addressed.

CAREC’s transport corridors link the region’s key economic hubs to each other and connect landlocked countries to other Eurasian and global markets. The Trans-Caspian CAREC Corridor 2 is a wide-ranging multi-modal corridor that links PRC’s Lianyungang seaport in the east and the Georgian Black Sea ports in the west—passing the Caspian Sea.

From the PRC–Kazakhstan and PRC–Kyrgyz Republic borders, the sub-corridors move through the Uzbek Fergana valley, Kazakh steppe, Turkmen steppe, and end up in the Aktau, Kuryk, and Turkmenbashi ports at the Caspian Sea.

After crossing the Caspian Sea, all sub-corridors converge in Azerbaijan and continue to Georgia using either the 836-kilometer (km) Baku-Tbilisi-Kars railway or a road network. After which, cargo can go further to Europe either from Georgian or Turkish ports.

CAREC Corridor 2 countries have strong rail sectors with large rail networks—about 3,000 kilometers in Azerbaijan, over 2,000 km in Georgia, 21,000 km in Kazakhstan, over 5,000 km in Turkmenistan, and nearly 7,000 km in Uzbekistan—and most of them are expanding these networks extensively. The rail network is complemented with the countries’ over 365,000 km of roads.

Azerbaijan, Kazakhstan, and Turkmenistan, which border the Caspian Sea, as well as Uzbekistan play a big role in the corridor. They are rich in mineral fuels, and revenues from mineral fuels allowed them to invest substantially in port, road, and rail infrastructure. Among those investments are the three new Caspian ports in Azerbaijan, Kazakhstan, and Turkmenistan that opened in 2018.

The Kuryk port in Kazakhstan took in all the rail–ferry operations. The government also introduced public-private partnership models, revised the railway law, and implemented an automated system for customs data.

Given the industrial and service structures and production capacity of CAREC members (excluding the PRC), the prospects for growth look good in transit trade since the Trans-Caspian transport corridor can become a viable and competitive trade route alternative between Asia and Europe.

The following are recommended to achieve efficiency along the trans-Caspian transport corridor:

H. Holzhacker. 2020. Intra-CAREC Trade: Business as Usual or About to Change?(link is external) Xinjiang: CAREC Institute. 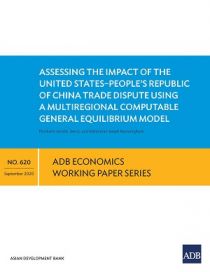